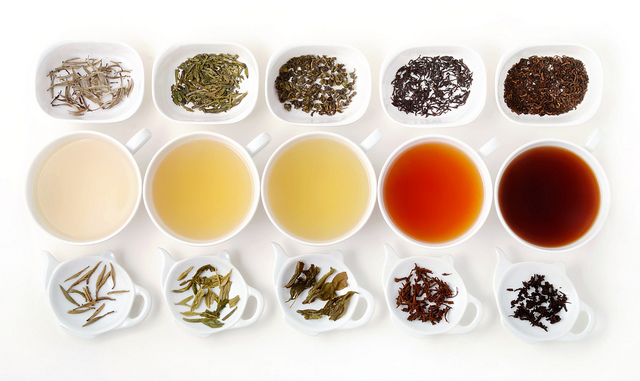 An Introduction to loose leaf tea

Do you love a hot cup of tea? Chances are you do because 165 million cups of tea are drunk in Britain each day. Also, it is not just the Brits who love tea. Tea is the second most consumed beverage in the world next to water and it beats out coffee, beer, and coca-cola. How much do you know about this world-wide beverage? Is tea just a bag in some hot water? This article will include an introduction to tea, tea varieties, suggestions for maximising your tea experience, and a plea for you to explore the superior tastes of high quality loose-leaf teas.

Tea is complex and has required science, study, and years of development to become what it is today. Certain other beverages, such as whiskey, coffee, wine, beer, etc. have evolved beyond “just a drink” and are now an experience, a form of art, a profession, and a hobby for many people. It is becoming the same with tea. Tea standards are rising and people are growing in awareness of, and developing preferences for, fresh loose-leaf tea. Iced teas and tea lattes such as a London Fog (perfectly brewed earl grey tea, a dash of vanilla syrup topped up with velvety steamed milk) are also growing in popularity.

The tea plant
There are over 2,000 varieties of tea and they all come from the same plant, camellia sinensis. The growing and naming of tea is similar to that of wine. Both are grown from one plant, they are often named after the regions in which they are grown, and the differences in elevation, soil, climate, and the skill of the wine producer or tea master will result in the different characteristics of the product. Even with all of these varieties, we haven’t included infusions. Infusions or herbal “teas” such as peppermint, nettle, chamomile, etc. are herbs that are steeped in water just like tea, but they don’t come from the tea plant. The teas originating from the camellia sinensis include black, oolong, green, and white.
How does tea get from the plant to our cups?
There are 5 stages in the tea making process: plucking, withering, rolling, oxidation/fermenting, and drying. Altering the different stages adds variety and produces different types of tea.

Black tea is fully oxidised, has higher caffeine content, and is robust in flavour. Darjeeling, Ceylon, Assam, Earl grey and breakfast teas are popular black teas. Traditional breakfast tea is a combination of Ceylon and Assam tea.
Oolong teas (most pronounce it ‘ew-long’ but some pronounce it ‘wu-long’) are semi-oxidised and are usually withered in direct sunlight. There are a wide array of aromas and flavours of oolong tea because the process for this tea is so intricate and each tea master might have his or her own interpretations. Oolong tea is smooth and is known for its digestive benefits.
Green tea is less oxidised because the leaves are quickly steamed after they have withered and before they are rolled. This process preserves many of the vitamins and antioxidants of the leaves, giving green tea its reputation as a healthy drink. Infusions are often added to green tea creating enticing flavours like jasmine green tea, green tea with pineapple and coconut, and green tea with chocolate and orange.
White teas are delicate, rare, and undergo the least amount of processing. They are picked before they contain chlorophyll; they are low in caffeine, and high in antioxidants.

We use cookies to ensure that we give you the best experience on our website. If you continue to use this site we will assume that you are happy with it.OKNoPrivacy Policy